The biggest design change compared to other Samsung phones is the introduction of a full-screen display with a punch-hole cut out for the front-facing camera at the top-centre of the screen – the Galaxy S10 and S10 Plus both have the selfie camera at the top-right. The Galaxy Note 10 has a 6.3-inch AMOLED display with a Full HD resolution, coming in at 2280 x 1080 pixels, with 401 pixels per inch. It includes HDR 10+ technology, and considering that Samsung hasn’t opted for a QHD display here we’re impressed with how the display looks like. As on the S10 and S10 Plus, Samsung has embedded the fingerprint scanner under the screen.

This is a Note that’s designed for those with smaller hands, who want the top-end features such as the S Pen stylus but don’t want a phone that’s difficult to hold.

It has a triple camera option.  It is using the same combination of a 16MP ultra-wide lens, a 12MP regular lens and a 12MP telephoto lens as the other triple camera phone like A50. Most of the Note 10’s improvements in the camera department are in its video recording capabilities. The image stabilization technology has been improved, and there’s a new feature called Live Focus Video, which helps you to capture ‘bokeh’ background blur effects.

It has a 3500mAh battery and has a powershare option with devices like smartwatches , headphones,etc. The phone is packing 8GB of RAM, and it’s only available with 256GB of storage – there’s no microSD support. These all facilities starts at $949(roughly Rs.67,865).

Galaxy Note 10 Plus is a very big phone with a screen size of 6.8 inches and a full display with a cut out front camera in the centre. It has a Dynamic AMLOED display. It is a quad camera phone.

It’s camera came with a great improvement of video stabilization and ‘bokeh’ mode which helps you to capture the image with a blur background.

Galaxy Note 10 Plus’s gestures can be controlled with a new S Pen. 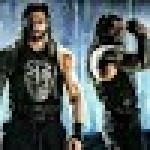