He is stepping down from the show the second time. Last year, too, Anu had left the show in the mid because of #MeToo allegations against him.

Recently, singer Sona Mohapatra had written an open- letter on social media against him. Neha Bhasin has also accused him of sexual misconduct the last year.

According to a source, after all the negative trends and outbursts against Anu Malik voluntarily decided to step out of the show. He also mentioned that he is mentally disturbed at the moment. Recently he met with the makers and shared his decision and they allowed him to quit his post as a judge. Now the Sony tv is searching for the replacement.

As this weekend’s episode has been shot, Anu Malik will be seen as the judge but will be missing for the coming episodes.

Accusation on Anu Malik of sexual misconduct forced him to step down from season 10 of the show last year. Singers Neha Bhasin and Shweta Pandit had also responded with Sona Mohapatra in alleging sexual harassment against Anu Malik.

When Sony TV took Malik as a judge on season 11 this year, Sona Mohapatra again started her movement against the composer and also the channel.

These days, she gathered huge support on social media and people have been demanding Anu Malik’s removal from the show.

On social media, Anu Malik claimed that false allegations were being leveled against him.

On Thursday, the composer decided to quit the show.

Sona Mohapatra told IANS, “It’s great news. Sony TV took a long time to do this but I am happy that he has finally stepped down from the show. It’s a battle of the whole country. There are so many people who did not want to see this person  flaunting himself on national television because it gives a lot of wrong messages to predators that they can also get away with such a thing.”

News agency IANS reported that ‘Anu Malik’s stepping down as Indian Idol judge a “symbolic victory” for all women who have faced sexual harassment’.

Sona wrote an open letter to the Union Women and Child Development (WCD) Minister Smriti Irani before the decision of Anu Malik, urging her to look into the debate on Malik. “My open letter to the honorable minister for women and child development. Smriti Irani, I hugely admire you, your tenacity and commitment to work for the welfare of people in India and I request you to please read this. Many more women are writing into me privately about this man,” she tweeted.

Now, on Thursday, he broke his silence on the sexual harassment allegations leveled against him and he took an Instagram post to deny all the allegations against him. 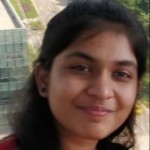 Pagalpanti Official Trailer Is Out!

Fake news being viral on social media about the death of Lata Mangeshkar!