Team India is all set to play with pink balls at the quintessential stadium of Eden Gardens.

The city of Kolkata will be lit up pink for the Day-night Test match going to played with Pink ball. This match will be played on November 22 and expects a huge crowd.

The first Day/Night Test match was played from November 27,2015 to December 1,2015 between Australia and New Zealand at the Oval.

Tinku and Pinku : The Mascots for the game , have arrived at Eden Gardens and will be welcoming the guests and will also felicitate the players.

🗣️ "The pink-ball Test is going to be a landmark event for Indian cricket."

In anticipation of the historic day/night Test, find out what the players had to say 👇 https://t.co/nI7NhOd61W

Sourav Ganguly , The president of BCCI , informed that tickets for the first four days of the Test have been sold out. You should expect a great crowd at the Gardens.

2) Army-Paratroopers would fly above the Eden Garden to relinquish the pink ball. 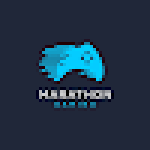