Huawei has launched the company’s next generation truly wireless earbuds at IFA 2019 – the FreeBuds 3. The most notable feature of the FreeBuds 3 is that they feature support for active noise cancellation. They come equipped with a built-in bone voice sensor for voice conduction, touch gesture support, and dual-mode Bluetooth 5.1 connectivity. Moreover, Huawei’s CEO of Consumer Business Group, Richard Yu has revealed that the Huawei Mate X foldable phone might go on sale next month.

When the FreeBuds 3 go on sale later this year, they’ll ship in two colors: black and white. Pricing has yet to be announced, but assuming they’re in line with the FreeBuds 2, they’ll likely cost less than $200.

The FreeBuds 3 sport a dedicated chip — the Kirin A1 — that’s one of the world’s first to support Bluetooth 5.1. (Mum’s the word on whether they’ll take advantage of the spec’s direction-finding feature, which can determine the direction of a signal down to a centimeter.) Huawei says that much like Apple’s H1, the chip is designed for audio products, headbands, neckbands, smart speakers, and next-generation eyeware. 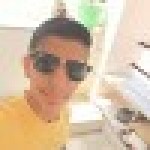