Ishant Sharma’s determined attempt and irresponsible batting of West Indies helped India take control in the 1st Test Day two on Friday. West Indies lost its eight wickets at 189. From these, 5 wickets were taken by Ishant Sharma in 13 overs. The runs made by India were 297. Now, India is in a lead of 108 runs. Ishant Sharma took a five-wicket drag, his ninth in Tests, to put India in a strong position going into day three at Sir Vivian Richards Stadium. India was helped by Roston Chase who made 48 runs in 74 balls, John Campbell who made 23 runs in 30 balls, Darren Bravo who made 18 runs in 27 balls, Shai Hope who made 24 runs in 65 balls and Shimron Hetmyer who made 35 runs in 47 balls. These were all guilty of throwing it away after promising starts.

The day 2 belonged to Ishant Sharma as he took 5 wickets in a day.

In the 17.5 overs: OH! Caught and Bowled! Ishant Sharma dismisses Kraigg Brathwaite (14). WI 48/2.Caught by Ishant in his followthrough.

In the 54 overs: OH! It’s the third wicket for Ishant Sharma. He dismisses Shai Hope (24). WI 174/6. Delivery by Ishant Sharma; Catch  behind the stumps by wicketkeeper Rishabh Pant.

In the 55.2 overs: Caught and Bowled! Ishant takes another wicket of Shimron Hetmyer (35). WI 179/7. Catch by Ishant in his followthrough.

In the 56 overs: AGAIN! Ishant Sharma takes the  fifth wicket of Kemar Roach for a duck. WI 179/8. Delivery by Ishant; Caught by Virat Kohli.

India has 89% chances to win while Windies has 6% chances. The chances of match draw are 5%. 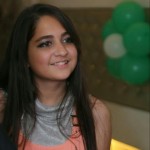